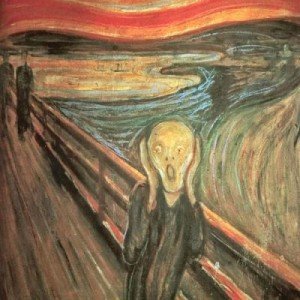 and what’s with that other one.

that one looks demented.

and the sad face? it doesn’t look sad. it looks like evil.

it was ok just to “like”. wasn’t it? even when it was a sad post or a rant, “liking” it meant solidarity. but now. if i hit “love” am i revealing too much? is it too forward? am i wearing my heart on my sleeve?

but if i hit “like” and not “love” does it mean i don’t care enough?

there is no choice for “all”.

what if i mean to hit “like” but instead hit the really disturbing one. the one that glowers.

i don’t want to think that much about the things that i like. do i like-like it, or do i like-love it. do i glower-gasp-weep, or do i weep-love-like it.

this is worse than trying to hide in the grocery store. you know, when you see someone you know but you don’t want them to see you because this is your day to be invisible. and you are wearing your invisible outfit, which usually involves unwashed hair and something like baggy yoga pants with a clump of cat fur hanging off the bum. and the person does see you and walks right up to you and insists on talking while you stand there screaming in your head I AM INVISIBLE!

and then you have to decide how to feign being visible. which face? and you spend so much time trying to look halfway visible that you realize something has been said which requires a response but you have no idea what it is.

i don’t recommend hiding behind the cabbage bin. it attracts the attention of the pubescent security guards.

and that one which is supposed to be the happy face. that is the scariest of all. it does not look happy. it looks like a cannibal.

ever since i was a child, strangers have felt free to walk up to me and say “smile. it can’t be that bad.”

i guess i have that kind of a face. a non-smiley face. which apparently bothers strangers.  so, when i was a little girl, i invented emoticons of my own. when people said “smile”, i did.

but it wasn’t real. how to imagine my fake smile? imagine sucking a lemon and then salt but there is no tequila. a sour grimace.

the facebook emoticons have also created a morbid obsession within me about how other people are responding to my posts. did someone just hit “like”? but why “like” and not “love”?  why “gasp” and not “sad”? why did they hit “sad” when i meant to be funny?

life would be easier, perhaps, if with a slight click one of those emoticons would pop up when i’m stressed at the grocery store.

oblivious other person: “hi, how are you?”

continuing to be oblivious other person: “what are you working on these days?”

soon to be murdered oblivious other person: “i just won a nobel prize.”

i find a direct correlation between the new damned emoticons and the plethora of leftover jamie oliver knife stamps that lie upon my counter and mock me.