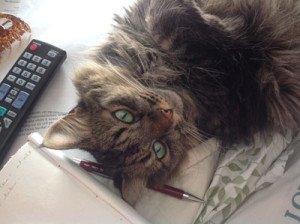 Berni Stapleton is a Newfoundland- Labrador writer and performer of unique distinction. She is the 2018 winner of the Arts and Letters award for best dramatic script. She is a recent winner of The Rhonda Payne award from Arts NL. She is a past recipient of the WANL award for best work in non-fiction for her contribution to the book They Let Down Baskets. (Published by Creative Book Publishing and co-created with the esteemed Chris Brookes and Jamie Lewis.) Her short stories and essays have appeared in Riddle Fence and The Newfoundland Quarterly. She is a recent recipient of the Ambassador of Tourism award from Hospitality NL. Berni was the Artistic Director of the Grand Bank Regional Theatre Festival for 11 years.

She has been a playwright-in- residence with the Stratford Shakespeare Festival, Playwrights’ Workshop Montreal, Alberta Theatre Projects, CanStage, PARC, and other national companies. Her plays are regularly produced across the province of Newfoundland and Labrador. Brazil Square, her homage to the iconic boarding house district of St. John’s, has been produced across the island. For Rising Tide Theatre she is writing The Haunting of Margaret Duley about the woman some consider to be the Harper Lee of Newfoundland.  Our Frances (inspired by France Cluett, the World War 1 Nurse from Newfoundland who served overseas) is being remounted this year by Theatre Newfoundland and Labrador for an international tour. She is celebrating 25 years as a playwright with the creation of a new one woman show called Late Lesbians and Other Bloomers.

Berni’s other books include “This is the Cat” and “Rants, Riffs and Roars” (Creative Publishing.) New works include “Girly Muckle and the Queer Hands” and “Love, Life.”

Berni will be performing this year for Artistic Fraud in “Between Breaths” and was dramaturge for and helped devise the play showcasing trans youth of NL  “transVersing.”

Find out more by checking out Latest Projects and the new on line shop!

Items in Your Cart

Your cart is empty
Visit The Shop