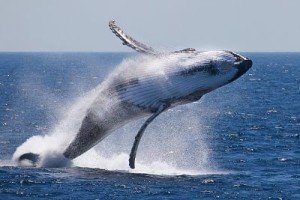 in the controversial 1981 movie “a whale for the killing” (based on the farley mowat book of the same name) a stranded whale becomes a polarizing symbol. it becomes both a target and a mission in a small newfoundland community. many may not remember the movie now, especially in our new tourism industry where whales are balletic stars of sea and screen.

it’s not too shabby a time to be a humble comedy hack, i was thinking just yesterday. my job is to hunker down in a room with a bunch of other comedy hacks and dream up hitherto unknown ways to make people laugh. if i am successful with my work, a bunch of random strangers will sit in a theatre and intermittently burst into spontaneous laughter. if i fail, the worst that will happen is that no one laughs. although, sometimes comedians will say “i killed it out there.” or: “i died out there.” but no one gets killed. no one dies in comedy. (although secretly deep in my soul sometimes i die a little when people don’t laugh but that’s another blog for another day.)

with the sudden and brutal cutting of the city of st. john’s arts funding, coupled with staggering tax increases for small businesses and home owners, it has indeed felt as if something has died. no one is laughing. it feels as if, having run, crawled, swam, struggled to bring the professional arts into the light, while residing within a city that promotes itself as a cultural destination, the artists were slain just before the finish line. the world can watch all the technicolour tourism commercials where the happy clothes dance in the wind, the sea rolls with elegant flourishes along the rugged coast, impish children toss a sculpin back and forth. but without the professional artists, this will be a barren place. many of us were watching anxiously as the new cabinet under our new government was sworn in. we are always so desperate to see that our portfolio is not considered the ‘throwaway’ or the ‘training ground’, that it is taken seriously. thus we were caught completely off guard with the shoe thrown from another direction. many individual artists and companies will not recover from this freddy kruger slash.

the city claims that halving the arts budget will save just over 1 million dollars. but in fact, studies abound and research proves that every dollar invested into the professional arts generates at least three dollars of revenue in return, so i consider that the city has just robbed itself of approximately 3 million dollars in off-shoot revenue.

the professional arts are indefinable, intangible, intrenched, intrinsic, it’s a life, a calling, a living, a passion, a cross to bear. the artist and the art, is priceless, is invaluable. because we refuse to be disposable we will not go quietly into that good night. but the night is upon us. and whether we choose to go quietly or not may be the only choice left to us.

the whales will be the last performers. their jumping, twisting, dancing and songs the only remaining artistry. unpaid. no per diems necessary. except in the movie the whale got killed.