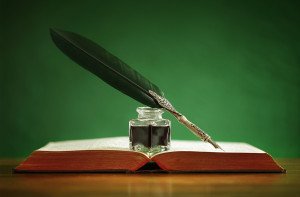 The opening line to Rhonda Payne’s “Stars in the Sky Morning” is simply beautiful and powerful. I have to stop and think on the question. Yes, I think. It does. The sound of a brook makes me lonely.  The play is filled with stunners like that. Bare statements of fact and longing as relevant today as are the stars referred to in the title. Rhonda didn’t just write about these tender sharp-edged Newfoundland women. In the mid-70’s she packed herself up and moved to the Northern Peninsula to live among them. She discovered her own kin on those shores, immersed herself in their stories, and then collaborated with Jane Dingle and Jan Henderson to knead the collected material into an ageless wonder.

Rhonda was raised on the mainland but with Newfoundland parents she was drawn to her true home with the instinct of the caplin rolling ashore. I met her a handful of times. The first time was in the early 80’s. I was freshly hatched out of the Stephenville Theatre Festival. I was 21 and thought I knew everything. I did know everything. I knew everything because I was young and because I had won the best actress under 21 award at the Provincial Drama Festival for my role as Hannah Jelkes in the Corner Brook Playmakers production of Night of the Iguana. It was directed by Maxim Mazumdar. Maxim convinced me that a career on the stage was my destiny. My glamorous life at that time consisted of slogging through rural Newfoundland and Labrador with three other neophytes, performing 4 school shows a day 5 days a week for 75 dollars a week.

Rhonda was an integral part of the evolution of professional theatre in this province. She was a brilliant woman. She was part of collective creation royalty. She was formidable to my eyes. A weekend in St. John’s with some friends found me, inexplicably, at a kitchen party in her home. I don’t know how. My friends knew her and knew everyone else there. I was tagging along because I was staying with them and so had to wait in a corner of the kitchen while Rhonda hosted, argued, sang, expounded, listened, commiserated, shone. The table was pounded, voices were raised, mingled in passionate soliloquies that overlapped in a symphony.

I didn’t think she knew I was there. I was extremely shy and I don’t think I had spoken at all throughout the gathering. The time came when people left, drifting off one by one, careening away in groups, until it was discovered that my friends had left without me. In those ancient days of BC (before cellphone) this was a catastrophe. But then Rhonda said, go on upstairs, there’s a spare room. I did. I slept.

The next morning brought the smell of coffee and burning toast. Sit down, she said, and turned her formidable gaze to me. She spoke to me then in kind tones. She spoke to me of her heart and her loves, and her desire to create transformative theatre.  For about two hours we talked, her a lot, me not much, but she listened when I did. We said good-bye, see you soon, keep in touch. We did not hug. It wasn’t sentimental like that.

Some years later Rhonda and Jane Dingle got in touch with me and my colleague Amy House. We had had a great success with a play we co-wrote about the aftermath of the cod moratorium, “A Tidy Package.” Rhonda and Jane loved the script and went on to produce and perform in their own version. They were fantastic. Amy and I were very proud that Rhonda liked our play. It had been culled from many interviews and conversations with women who worked in the fish plants of our communities, and had knitted together an unblinking look at lives altered following the death of the fishery. It had much in common with “Stars in the Sky Morning” in that regard. It was a little like Amy and I had tramped along a path that Rhonda had been clearing out ahead of us.

Who’s on the path behind us now?

Oh heady days. Of “Dying Hard” and “They Club Seals, Don’t They?”. When The Mummers Troupe and others were writing about deeply entrenched issues and beliefs, taking them on, challenging them, taking it to the trenches where theatre has no stage but is only where the people gather. Rhonda was one of those. At the age of 21 when I was young and thought I knew everything I would never imagine a time when I would be 55 and all too aware of how little I know and be the recipient of the Rhonda Payne Theatre Award.

How does it feel? How does it feel to be so clearly validated and encouraged? To have come so far and to have so far yet to explore and to be told in this award to, yes, keep going. To wonder if I’ve beaten down my path clear enough for someone else to come along behind, perhaps. I look to her play once again. “Did you ever go out and look out at the stars, and have a special sort of feeling come over you?”

“Stars in the Sky Morning” and many other of the early collective works of Newfoundland and Labrador pioneers can be found in the anthology of the same name, published by Killick Press and edited by Helen Peters.