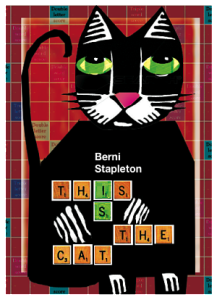 He’s an old man now, the oldest of all the old men. He sits with the others on the wharf every morning that’s fit. There they debate and pontificate, and in that manner they solve the problems of the world. The world pays them no mind but they agree that without their wharf-parliament the planet would topple off its axis and careen willy-nilly through outer space. They are a sparse lot, slowly becoming a memory of themselves.

These are the last souls to remember fighting in the Second World War. He returned from those mangled foreign fields and spoke not one word about it ever to any creature with a mind to ask. He went to the States to build the skyscrapers that in his opinion do not graze much less scrape the sky, but which were all the craze as the world tried to rise above itself. He then came home to Newfoundland to live in that ubiquitous place known as Around The Bay. He claimed and restored the old family house nestled safely low to the ground and spurned the fishery. He became a poet and a tailor and sewed secret words into every article of clothing he made, his poems built slowly in that manner and for his own satisfaction only. A swaggering merchant of beer once sported a three-piece suit with “I lay my arse upon mellifluous sorrows” secretly stitched across his backside. A deceptive bride swanned down the aisle with “These anxious hackles of love do itch” stitched within her veil. He had no qualms about making a customer wait upwards of a year for a single suit, or sometimes turning people away altogether because he didn’t believe they understood the meaning of fabric.

He loved but one woman in his life and lost her when she ran away with a more conventional sort of fellow to live in the States among the very skyscrapers where his initials had been scratched and forgotten upon steel. If he grieved he never spoke of it to any creature with a mind to ask. He took in a black cat he pragmatically named Blackie. They resided together within his cozy house for many years, scarcely noticing the passing of time until Blackie grew a brain tumour and went blind. She continued to hunt and bring home prizes of birds and shrews until one day it was her own self she laid at his feet as a final tribute. He buried her beneath the apple tree where she had so gleefully stalked many witless birds.

He and his companions champion weekly card games and play ferociously for prizes of giant packs of toilet paper and cartons of Carnation Milk. None of them will admit to being old. They make frisky comments about the widows and spinsters and ex-nuns who occupy the fewer and fewer seats at the card game. The future still lies ahead. There are still hopes of discoveries, love, and winning the lotto.

One night while driving home from the card game he gets lost and has to pull over, unable to remember exactly where he is. In his mind’s eye he can see from whence he came and can envision where he wants to be, but the in between of how to get there has vanished. Around The Bay is not a complicated place but it has suddenly tangled itself into an indecipherable ball of string.

He knows he has won at the cards and he contemplates adding the giant pack of toilet paper to the many other giant packs of toilet paper stacked up in the living room where he no longer does any living. He thinks that if he can only make it home he would like to sleep and sleep on the soft cot in the kitchen next to the wood stove, safe beneath the watchful gaze of Saint Joseph.

After a spell the way home unfurls itself like a déjà vu. He travels it with a blind trust. Having lived a full-on exuberant life for ninety-four years, he knows not to be surprised when Death raps upon the door. Come in my son, he says as he puts the kettle on. Death sits in the rocking chair and speaks about an array of topics, remarkably mundane topics because one would expect Death to have illuminating utterances but Death does not. Death wants to talk about the preponderance of serial killers who seem to inhabit Coronation Street and how crock pots were never foretold. Death comes to dim the lights, which is lonely work. At the last, when a glimpse of the heart’s desire is offered, it is not the long lost lady-love who shimmers at the bedside. It is Blackie who leaps upon the cot, purring, eyesight restored. She kneads upon his arm in a rhythm both familiar and strange.

He fades gently while the kettle boils, sinking into long sleeps which grow longer and longer until the longest one.

Within the cotton pillowcase reside the words “A caplin might so well dance.”

(This is the Cat: now in bookstores everywhere. On-line too!) 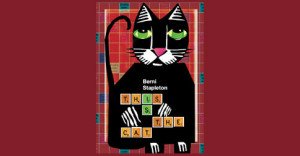