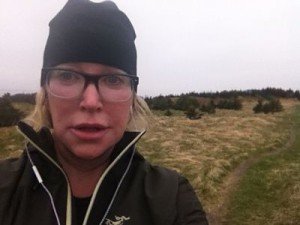 unless us singles begin to make some noise about some of the challenges we face when living single in a double world, we don’t really have the right to complain.

like when you call a hotel to point out that the single occupancy rate they offer is twice as much as the rate based on double occupancy. and you politely ask them if they wouldn’t rather have one more guest at the less expensive rate, than no guest who pays no rate, and that you are only one person after all, and would sleep in the broom closet. but then it turns out that even the brooms come in twos. and then there is laughter on the other end before the line goes dead.

then you have a right to complain.

i recently began a “couch to 5 k” running program. it’s on a free app which i downloaded onto my phone. according to the app, if i follow the instructions for training over a certain period of weeks, i will no longer be a couch potato.

by “recently began” i mean five years ago. i’m still on day one of week one.

i misunderstood the fine print. it turns out that “couch to 5 k” means you go from being a couch potato to being able to run for 5 kilometers. in a row. not 1 kilometer today and another kilometer, say, next week. you will be able to get up off that couch and run out the door and run for 5 kilometers. and how you get home after that, i don’t know. i’d have to call a cab.

but i thought it meant you would go from being a couch potato to being able to run for 5 minutes.

so, yeah, there’s a bit of a differential there. but the app is super easy. i run for 1.5 minutes and then i walk for 2 minutes, and then i repeat that 8 times. the app comes complete with a bossy voice which prompts me to “walk now” and to “run now.” it also tells me when to stop.

cooling down is best done with a glass of wine. and at first i misheard the instruction and thought it said shop now and cool down. i also accidentally misheard it that way a few other times as well.

a friend of mine told me that she recently tried to book a theatre ticket on-line. the on-line ticketing program would not let her book a “single” ticket. it had a built in code that protected all the valuable double seat options. the only “single” tickets she could access were the really crappy ones. so she called the theatre and got a very reasonable soul on the phone and she got the ticket of her choice.

the reason i really like being able to go back to day one of week one on my app is because i figure one day is all we ever get. the days don’t come in pairs. they come in ones. but for those of us ones who want to make the most of our one day, most travel deals are based on double occupancy. and those few single packages tend to be more geared toward those singles who want to meet other singles for the purpose of becoming doubles. but most singles of my acquaintance like being single and want to travel to enhance their single one day. not to enter double digits. 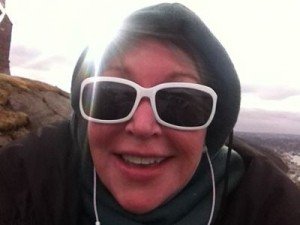 i’ve taken a lot of selfies of my various day one week ones. the shots i’ve posted here range over a period of about five years. clearly, as i am wearing the same outfit in every picture, i haven’t worn out any of the expensive running gear i bought expressly for the purpose of learning to run for 5 minutes at a time. (not one minute now and another minute at another time, like next month.)

i decided to follow the example of my intrepid friend who finagled the single theatre seat and who will sit triumphant amidst a sea of twos. it turns out that with a little research, including advice from other single travelling souls, there are all sorts of ways to travel as a one and only pay half as much. the truth is out there. my first choice is a yoga retreat, coming up soon. i’ve been learning about air b&b’s and wine-tasting hikes and travelling fearlessly unencumbered with carry-on luggage only.

it’s been fun to go back and look at all these pictures of me on all my day ones. i love that i’ve got that exact same glow in all the shots, all of them taken years apart. i’m not sure exactly what it is but i think it’s that joyful beam of utter satisfaction upon completing my day one, and the complete faith that one day there might even be a day two. for a one. but not based on double occupancy. 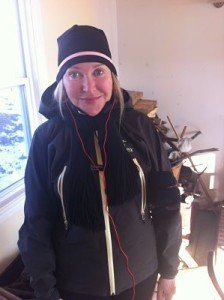