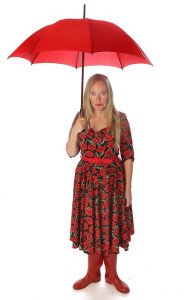 i blame it all on noah.

him and his frigging ark.

everything set up for all the pairs.

guaran-frigging-teed that as they sailed away someone pointed to a lonely figure standing on a rock, glowering beneath her umbrella. “dad! dad! we forgot auntie tilley!”

to which noah replied “no, child. we didn’t forget auntie tilley. but she’s a single and we’ve only got place settings for twelve. you know how your mother gets when she’s got to squeeze an extra in down at the end.”

my last blog of 2015, “party of one, at christmas”, struck a chord. (i was going to say “struck a nerve” but then i thought “chord” has more resonance.) i heard from tens and tens of readers. many, but not all, were also singles. and many, like me, were not bemoaning their single status. most of them liked it! but what we all shared was the struggle of living single in a double world. (oh barbara mandrell. what a country song that would be.)

the double world is like the ark. it’s a bicycle built for two, when what some of us long for is a unicycle lane.

the double world wants to put a finite time on grief. it wants the broken hearted to move on like a smelly drunk. it wants to treat the singles as if being single is a condition which must be cured. it prescribes dating websites and recommends striking up conversations with strangers in the grocery store while fondling avocados. it doesn’t seem to comprehend that being single by choice is a choice.

it isn’t easy. it’s difficult to wean oneself off the “you complete me. you had me at hello” fairytale. i confess that there have been many times in my life when i have isolated myself and stayed at home rather than face an outing on my own. although perhaps that has more to do with being an introvert.

i also heard from some wonderful souls who were single not by choice. sweet folks who lost their loves to death. to divorce. people who found the love but didn’t get the happy ending.

and that got me to thinking.

i wrote in my last blog about taking myself out to dinner. wining and dining myself, complete with champagne toasts and sparkly gifts.

what if i’m the one i’ve been waiting for? and what if life pulls the rug out before i get the chance to properly show my self how much i care?

even as i write these words i can’t believe i’m writing these words. in 2016 i am not going to be a party of one. i’m going to be a party for one. the scariest thing is to show up alone. scarier still, is to show up for oneself. for my only self. and this isn’t one of those how to fix your life and be a better person kind of blogs. this is a new years resolution of sorts, to my self. like all resolutions, it can take on more resonance ( i just love what that word means) by sharing.

even as i write these words i am sitting on my sofa beneath the quilt on a saturday afternoon and i have just had a really good cry over the last episode of “downton abbey.” more than anything i want to stay here and perhaps have another really good weep over “the making of a murderer.” but i am going to rise up off my arse and go to a party and a yoga class at nova yoga.

and i am going to eat cake.

this isn’t a “you too can feel good and fix your life” kind of a blog. if it was i would be able to offer five easy steps toward how to love being single.

step #1: there are no five easy ways to do anything.

for those of us singles who weathered the storm of pressure from the double world who want all the new year’s celebrations geared for numbers easily divided by two: congratulations and well done!

i had been toying with an idea that for next new year’s eve i was going to find a restaurant that had a big round table and would take reservations for ones. and we could all sit around the round table and feel quite happy about needing place settings in odd numbers.

but then i thought oh dear god. the tsunami of valentine’s is just around the corner.

got to batten the hatches again. so soon.