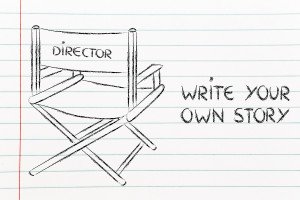 I’m obsessed with a video of two humpback whales floating beneath the ocean surface, observing a miniscule diver, who is in turn observing them through a camera.

These living monoliths hover, float, enigmatic, barnacle covered, taking a tiny break from orbiting the earth from within.

I thought of them yesterday while I was standing in line at the grocery store. The elderly lady ahead of me was struggling to get her 123 items checked through the Express Lane, so I had plenty of time to contemplate my paradoxical surroundings.

(She had offered to let me go ahead of her, this being the 1-20 items only lane, but I didn’t want to get caught red-handed by the Express Lane Police with my own 116 items, so I magnanimously declined and told her to go ahead and take her time, ignoring the heavy sighs of the man behind us clutching 1 carton of milk.)

To my right there was a wall built completely of sweets. In fact, I think the shelf itself was made of pink striped peppermint knobs. There were bars of chips, and chips of nuts, and nuts of lollipops. There were tiers of cellophane wrapped cakes sparkling next to the most colourful array of candies seen since Willie Wonka. There was Hard Case chocolate glowering at Less Judgmental chocolate, Milk chocolate necking with Lactose Intolerant Salt Infused chocolate, giving birth to Rainbow Glossy Yummy Bears. Yes, an orgy of sweets, everything up to, but not including Jigg’s Dinner chocolate.  (Someone should get on that.)

To my left, opposite all of this, there was a disheartening array of “Women’s Magazines.” Each magazine blaring headlines such as “She lost ten pounds by just eating cabbage!” “How to get that body swimsuit ready!” (My swimsuit is sucking back the Hot Pepper Double Cream Chocolate with a Grand Marnier chaser and says “ Kiss my double latex bound derrier.”)

“How to love eating nothing!”

“How to LIVE while eating nothing!”

Not one magazine in sight with a headline about great new books, carburetors, or tips for fuel efficiency, or how to survive the apocalypse, or how to train your zombie to devour victims while outside only, and not bring body parts inside as gifts. Or how whales float like feathers and refrain from eating tiny peanut sized divers.

A humpback whale can weigh as much as 79,000 pounds.   It can propel itself out of the water in a vertical breach at a speed of 30 kilometers an hour, and never once wonders whether it can or not.

At the Express Lane there were bags of JuJubes, bags of “100 Calorie Only Cookie Micro Bites” opposite the magazine which proclaimed “Recipe your ‘weigh’ to success!”

When the elderly lady ahead of me was carefully and slowly packing her groceries into her bag, I noticed she had bought mostly tinned goods., all sale items marked: 3 for 5 dollars. 4 for 7 dollars. Way too many dark brown and ugly tins.

Humpbacks eat mainly Krill, which is to say, a lot of really tiny candy coloured fish.

There were bags of chips and healthy chips and vegetable chips and kettle cooked chips, kettle not included.

So much glittering food across from the headlines encouraging us to starve ourselves, while in reality with the power rates hijacking us, and the economy what it is, being able to eat at all is becoming a luxury.

I asked a friend of mine who is a diver about how a planet sized being can hover in the water like a delicate soap bubble, and she told me about buoyancy, and the weight of the water itself.

I’d like to say that when I gave the bag of candy to the elderly lady in front of me that we shared a Hallmark moment but she was suspicious, although she took them. The guy behind me with the single carton of milk accepted his also, still with the pained look on his face, although less gruff than before.

I walked home eating a full bag of Cheezies, the puffy kind that leave the artificial colouring all over your fingers and clothes and teeth. Moving slowly. Imagining it was me looking down at the peanut sized diver.

(Oh, and lest you think there aren’t any Express Line Police, a very harried man yelled at me recently to put the bloody magazines back in the rack in the same order in which I found them, madam!)